Hew-Tex Oil & Gas’s Managing Member, Peter Hewett, has been in the upstream side of the energy industry for more than four decades of crude oil producing operations involving the generating of oil and gas drilling prospects (exploration and production of hundreds of oil and gas wells) both domestic onshore and offshore USA. Thus, Hew-Tex Oil & Gas (“HTOG”) has extensive knowledge and experience in producing crude oil and dealing with the associated formation saltwater produced by nearly every crude oil well.

It was a natural shift into the saltwater disposal business by Mr. Hewett and the Hew-Tex Oil & Gas management team early in 2017 after the discovery (late 2016) in the Permian Basin of more than 20 billion barrels of proven oil reserves and 16 trillion cubic feet of natural gas reserves that were found through the use of new horizontal drilling extraction techniques and 3-D seismic technology.  The niche that Mr. Hewett decided to specialize in was the result of a hands-on awareness that the operators and producers drilling the hundreds of oil wells, needed to find a way to dispose of the significant volume of saltwater that is produced along with the crude oil in the Permian Basin.  The Permian Basin is comprised of the Delaware Basin on the west, the Central Basin Platform in the middle, and the Midland Basin to the east. Today, there are currently as many active drilling rigs in the Permian Basin as there are combined throughout the balance of the entire USA, both onshore and offshore.  Several thousand wells are planned to be drilled by companies like ExxonMobil, Occidental Petroleum, Chevron, Apache Corp., Shell Oil Western, Anadarko E&P, EOG Resources, Cimarex Energy, Energen Resources, Endeavor Energy, Matador Production and many other independents.

Today, the average Permian Basin oil well initially produces 650 barrels of oil per day will also produce and estimated 2,000 barrels of formation saltwater per day.  This ratio of 3 barrels of saltwater per 1 barrel of crude oil creates a huge problem for operators and producers.  There is a substantial need for approved saltwater disposal well facilities to inject this saltwater as well as to clean and wash the tanker and vacuum trucks and frac tanks that is required under the EPA (Environmental Protection Agency) by statutory law of the Texas Water Code and enforced by the Texas Railroad Commission.  If an operator has no place to dispose of the saltwater, it has no choice but to shut-in the well.

Hew-Tex Oil & Gas, believes the commercial saltwater disposal business in the West Texas Permian Basin area will continue to be a very lucrative business opportunity for years to come. The economics are simple…spend the least amount of capital to build a state-of-the-art disposal facility that has the potential to generate significant cash flow 24/7.  This website will discuss in subsequent sections all of the relevant areas pertaining to saltwater disposal business opportunities.

View the description and maps of the Permian Basin. See actual photos of a current Class II Saltwater Disposal Facility under construction and in operation. 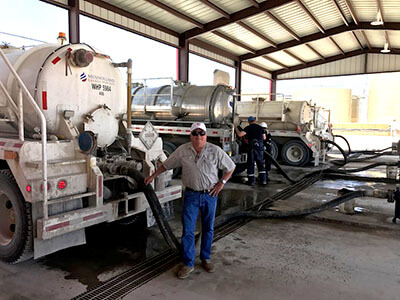 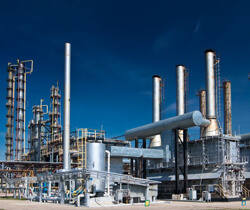 A crude oil pipeline connecting the Permian Basin oilfields with the export markets along the Gulf Coast went into service last month, shipping oil hundreds of miles east across Texas.

EPIC Crude Holdings announced that its 30-inch permanent crude oil pipeline was complete on Feb. 26 and expected to go into full service by April.

It stretches from Orla, Texas – crossing the Delaware, Midland and Eagle Ford basins – to the Port of Corpus Christi where oil is exported. Read more…

Chevron leans on Permian to shower $80 billion on investors

Chevron Corp. plans as much as $80 billion in dividends and share buybacks over the next five years, boosting distributions by 20 percent compared with the most recent pace of payouts as the U.S. oil giant ramps up production and returns from the Permian Basin.

Mike Wirth, who took over as chief executive officer little more than two years ago, promised shareholders a mix of cost-cutting and measured production growth to offer attractive financial returns even as customers and policymakers demand lower-carbon fuels. Production from the Permian in Texas and New Mexico will double over the next five years and eventually account for a third of its global output. Read more…

AUSTIN - The Railroad Commission of Texas launched two more interactive data maps showing oil and gas drilling permit approvals and the number of wells spudded, which is when operators begin drilling a well. Information is displayed by counts, operators, county locations and on a statewide level. The data is available 24-hours a day, seven days a week beginning with Calendar Year 2018.

“With this latest interactive data on the Commission’s drilling permit approvals and wells spudded, our agency is providing more detailed insight into Texas’ energy industry,” said Wei Wang, RRC’s Executive Director. “This helps enhance our regulatory transparency and continues educating the public about one of the state’s top economic drivers.”